There’s a remarkable coincidence about all three of the full-time drivers on Toyota’s World Rally Championship roster this year. Toyota has been the team to beat when it comes to world rallying, thanks to the mighty GR Yaris: the sporting equivalent of the pocket rocket road car that’s well-known as the best hot hatch of the current generation.

This year, Toyota set a remarkable record as 21-year-old Kalle Rovanpera became the youngest World Rally Champion in the sport’s history. His father, Harri Rovanpera, was a driver too: winning the 2000 Rally Sweden with Peugeot.

Kalle’s teammate is Elfyn Evans, and if the name sounds familiar, that might because his father was British Rally Champion Gwyndaf Evans.

The only other driver to be doing all the rounds with Toyota is their Japanese protégé, Takamoto Katsuta. And ‘Taka’, as he’s known, goes one better than the others, because not only was his father Norihiko a rally driver (a multiple Japanese champion in fact) but his grandfather Teruo was also a rally driver. Teruo Katsuta was a true pioneer, coming over to compete on what was then known as the RAC Rally, with a best result of first in class in 1983.

His grandson too has followed his own path; his commitment demonstrated by the fact that Taka now lives in Finland to be near Toyota’s European base: a place that is about as culturally and geographically opposed to Japan as it’s possible to get.

His real home, by contrast, is right next to Toyota’s home city of Nagoya – and Taka has enjoyed close links to Toyota ever since he started competing. He grew up surrounded by cars, in his typically Japanese family tuning firm, alongside his cousins, brothers and grandparents. And this was the facility that I was lucky enough to visit recently, in a bid to understand what makes rally drivers tick: is it nature or nurture? How do you join the driving elite? 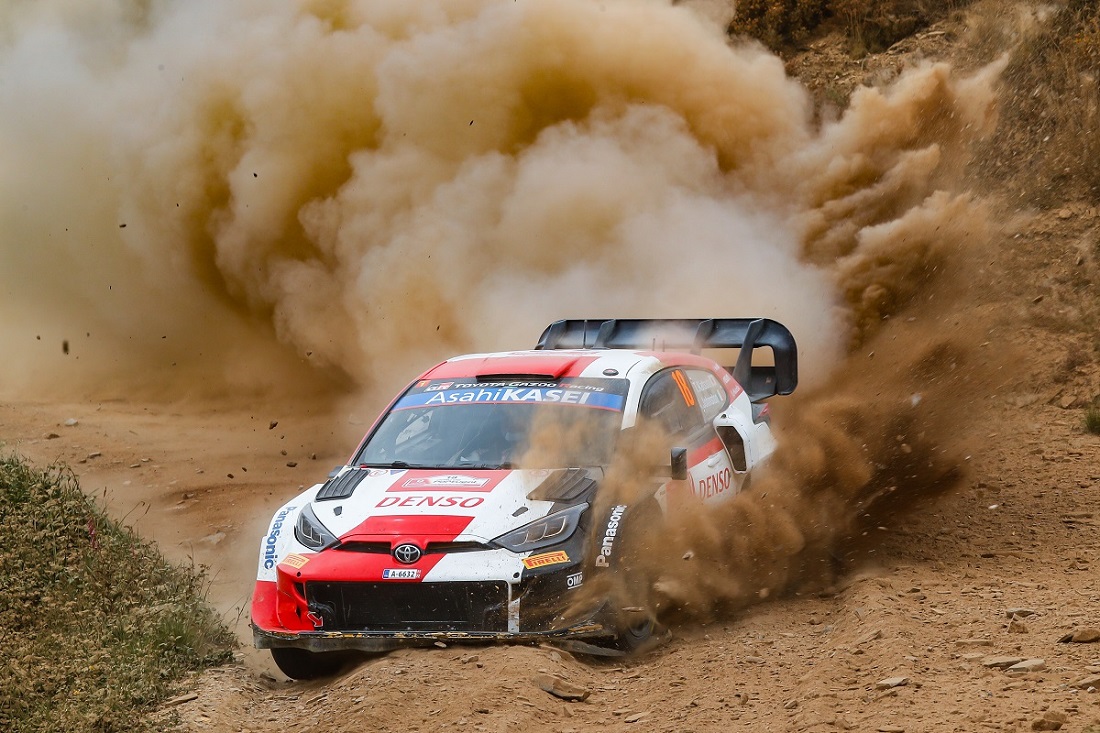 But Taka’s route into rallying was an unconventional one: starting off with karting and then moving into single-seaters – as it was the only way he could get to drive. As Teruo says:

“People often ask me when I knew that Taka wanted to drive but I don’t know as I never really pushed him. All I could see was that he had the talent.”

And being a local hero, he soon managed to gain the support of Toyota, where he’s been ever since. In Japan, the concept of loyalty is an important one. And the appropriately named Luck – the Katsuta family firm – mainly deals in Toyotas: although Taka only gets to go there a couple of times a year. Nonetheless, two of his company cars are parked there: a customised GR Yaris, with a personalised number plate that says 18 (his rally number) and a larger Lexus hybrid to waft around in.

So, this remarkable visit was a true date with destiny. A former leading light in karting and Formula 3, Katsuta moved to Finland to start a new career through Toyota’s WRC Challenge programme, which set out to find a homegrown rally driver for the top level. Less than three years into his training, his WRC2 class victory at Rally Sweden – beating the Scandinavians on snow – in 2018 signalled that Katsuta had what it took to succeed, and he was given his debut in a Yaris WRC the following year.

The effects of the pandemic on the WRC calendar limited Katsuta to just five rallies in 2020, most of them with shortened mileage, but he grasped the opportunity of a full campaign in 2021 with both hands to take huge strides forward. A run of top-six finishes from the season-opening Monte Carlo Rally culminated in a first podium on the return of the legendary Safari Rally in Kenya, where he led on the final day before finishing second to team-mate and eight-time world champion Sebastien Ogier.

After that, Katsuta experienced how tough rallying can be sometimes, with a series of enforced changes of co-driver having a destabilising effect on the end of his season. Then, in 2022, he’s had an entirely new type of car to learn with the introduction of the hybrid Rally1 regulations. 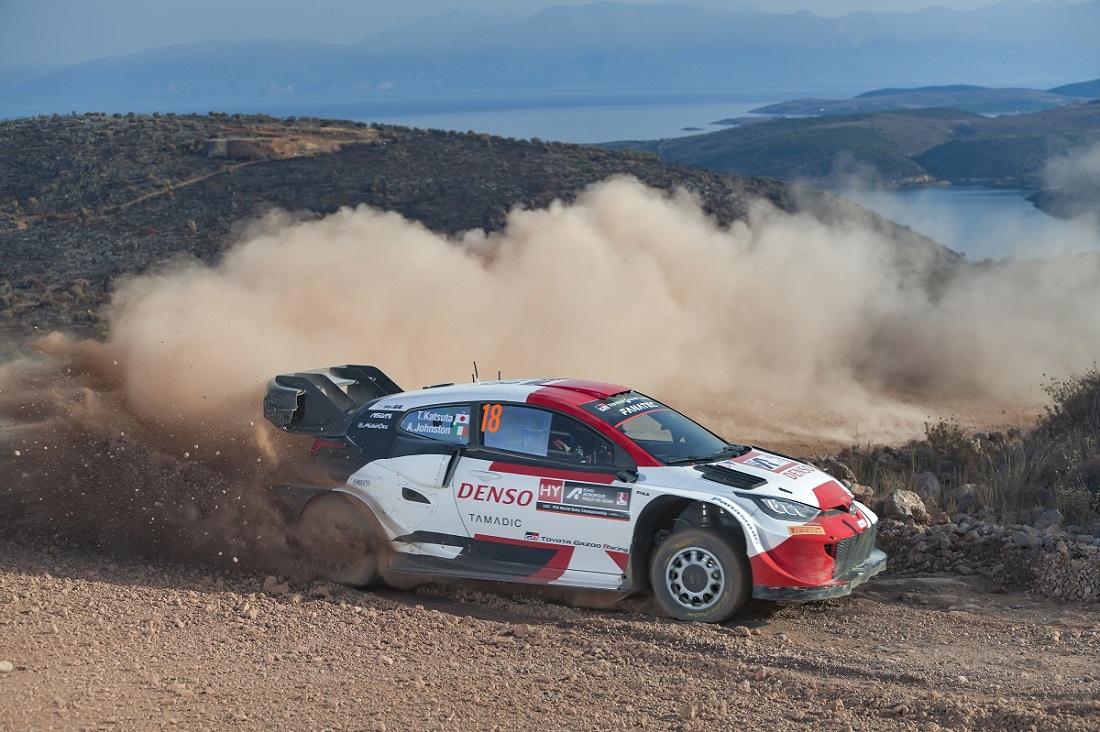 But while many bigger names have struggled to keep their cars on the road at times, Katsuta has been a model of consistency. He finished each of the first 10 rallies inside the top eight (nine of them in the top six) and returned to the podium in Kenya as part of an historic Toyota 1-2-3-4. As well as maximising his experience of the new formula, he’s played his part in Toyota’s (impending) double championship success by taking points off its rivals.

Next year, Katsuta gets to continue his growth as perhaps the sport’s most-improved driver and chase his dream of becoming the first Japanese driver to reach the very top of the World Rally Championship.

But it all started in this modest area of Nagoya, just down the road from the famous Toyota Museum – which contains a stunning display of cars from the very first Toyota AA onwards –in the middle of a close-knit family firm where Taka could pursue his passion surrounded by those closest to him.

Cars, and driving, are everywhere: from the photographs on the wall to the collection of family trophies to the helmet displays in the showroom. It’s an environment that lives and breathes rallying: all around the premises are rally cars in various states of preparation.

Visit a place like this and you can understand everything you need to be a rally driver. Both nature and nurture; together with the right environment to make your goal a realistic target.

You’ll be hearing a lot more about Takamoto Katsuta in future. But it’s far from a brand new name when it comes to world motorsport. Japan has given so much to the automotive world, but it’s never had a top class driver at the highest levels of global competition. Until now.

Just occasionally, you get to meet a driving God. And one of those I will always remember was Hannu Mikkola, who sadly passed away last month aged 78 after a battle with cancer. Because Hannu […]

The all-new PEUGEOT 208R2 has been put through its paces for the first time in the Vosges region of France in its next stage of testing. The PEUGEOT 208R2 is PEUGEOT SPORT’s successor to the […]

Six MINI crews managed to complete this year’s gruelling Dakar Rally in Peru, which took place between 6th to 17th January, with five of them in the top ten.  The MINI John Cooper Works Rally […]