In an anonymous hangar that lurks around the back of Fiat’s sprawling factory in the Mirafiori district of Turin – an industry that somehow defines the northern Italian city – there’s a treasure trove that truly takes your breath away.

Over the years, the Fiat Group’s heritage collection has been painstakingly pulled together to form a stunning complete heritage catalogue of the most significant cars ever built by Fiat, Lancia, Alfa Romeo and Abarth. Finally, they are assembled under one roof and are shortly about to go on display to the general public. However, we were in the enormously privileged position of getting to see them first, before the gates were opened.

When the shutters come rolling up and the floodlights blink into life, your heart almost skips a beat. Taking it in comes as a small shock. It’s all there; absolutely everything. Neatly arranged into themed rows too, as if all these indescribably significant cars have just rolled off the production line. Wherever you look, there are surreal ranks of immaculate yet historic cars receding into the distance, like an automotive Max Escher painting. 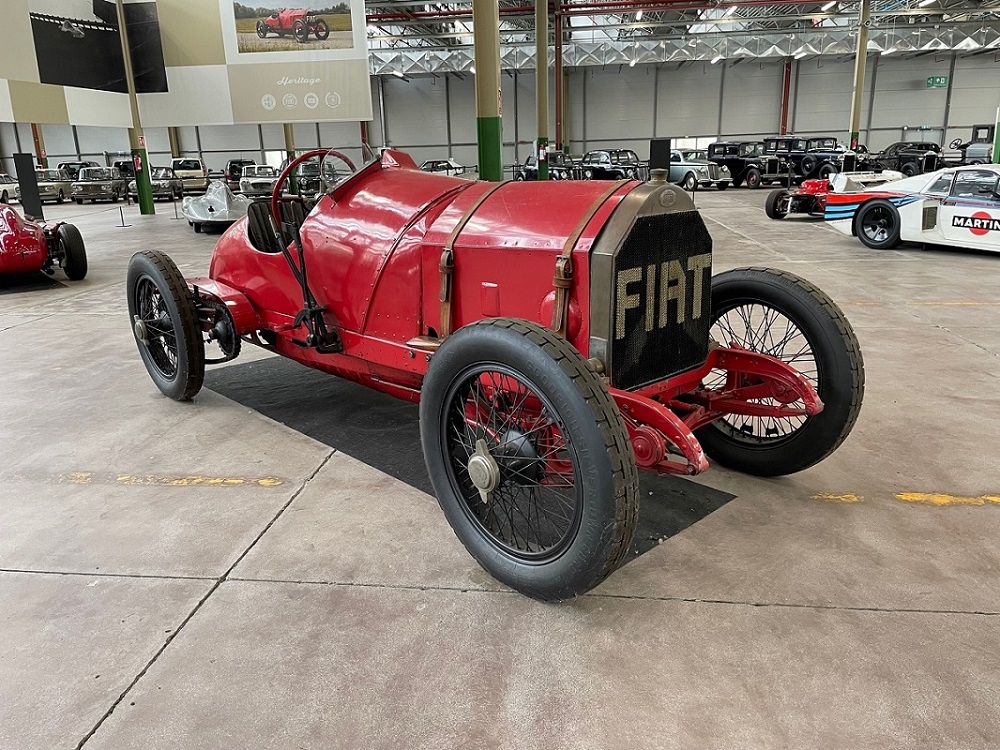 The value of that hangar is inestimable. And the biggest quandary in the world would be this: which car to take away, if you were only allowed to steal one from the several hundred on display?

Naturally, the Group B rally cars are among the first to grab your attention. The Delta S4, a fire-breathing monster that claimed the life of Finnish superstar Henri Toivonen, is perhaps the world’s ultimate rally car: a Formula 1 machine for gravel roads.

But there’s also a later, more modest Delta, that’s not quite as pristine: and that’s because it’s the very car in which two-time world champion Miki Biasion collided with a zebra on the 1988 Safari Rally. The dents are still there, but the zebra at least lived to tell the tale. 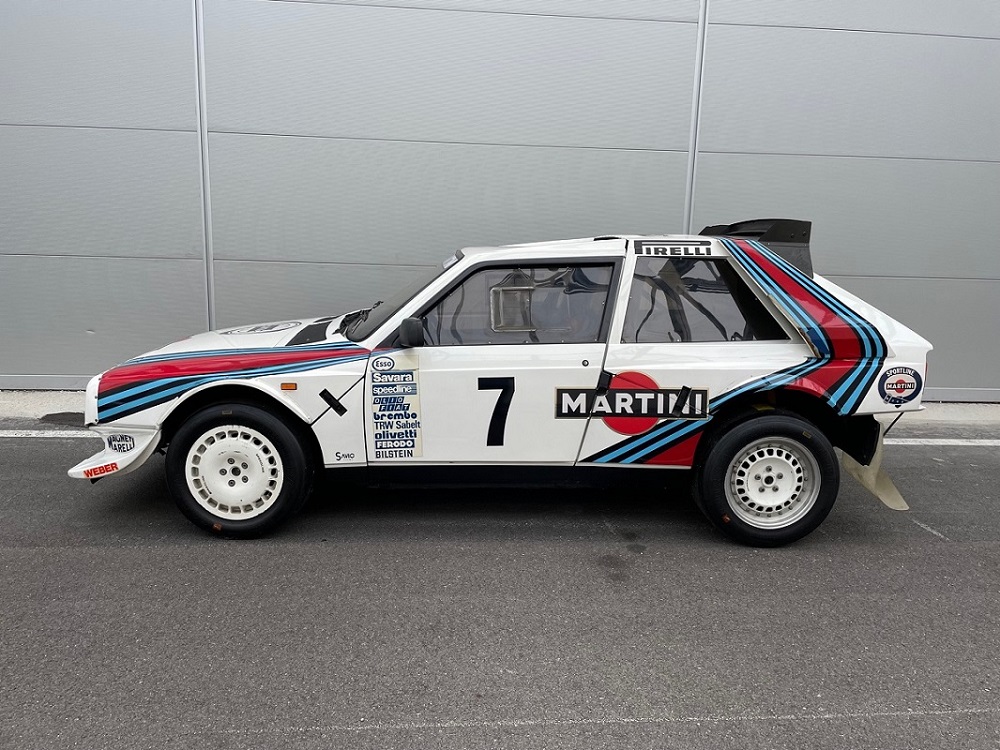 Then there are the other racing cars, such as the 1985 Alfa Romeo 185 campaigned in Formula 1 by Andrea de Cesaris (nicknamed ‘de Crasheris’ by the inimitable James Hunt) not to mention the Fiat 804, which dominated the early racing scene in the 1920s. Lancia’s Le Mans prototypes are on display as well, along with the PanDakar: a tiny Fiat Panda built to take on the epic Dakar Rally.

There’s more to see than you can possibly imagine, but it’s some of the more prosaic cars that are particularly striking because of their sheer rarity these days. When did you last see a brand new Fiat Uno? For most people, that would be during the 1980s, but you can see a new one right here, with zero kilometres. Other curiosities include the first and last Fiat 126s ever made and an Alfa 159 Sportwagon made for a motor show involving the Frecce Tricolori: the Italian equivalent of the Red Arrows. Not to mention Gianni Agnelli’s personal, bullet-proofed Fiat 131.

There are acres of family saloons from the 60s, 70s, and 80s (often in lurid colours) that bring back instant childhood memories, plus several cars that never made it as far as the showroom. One of them is the Fiat ‘City Taxi’ of the 1970s – a rear-engined answer to London’s black cab, only much smaller and made in Turin. 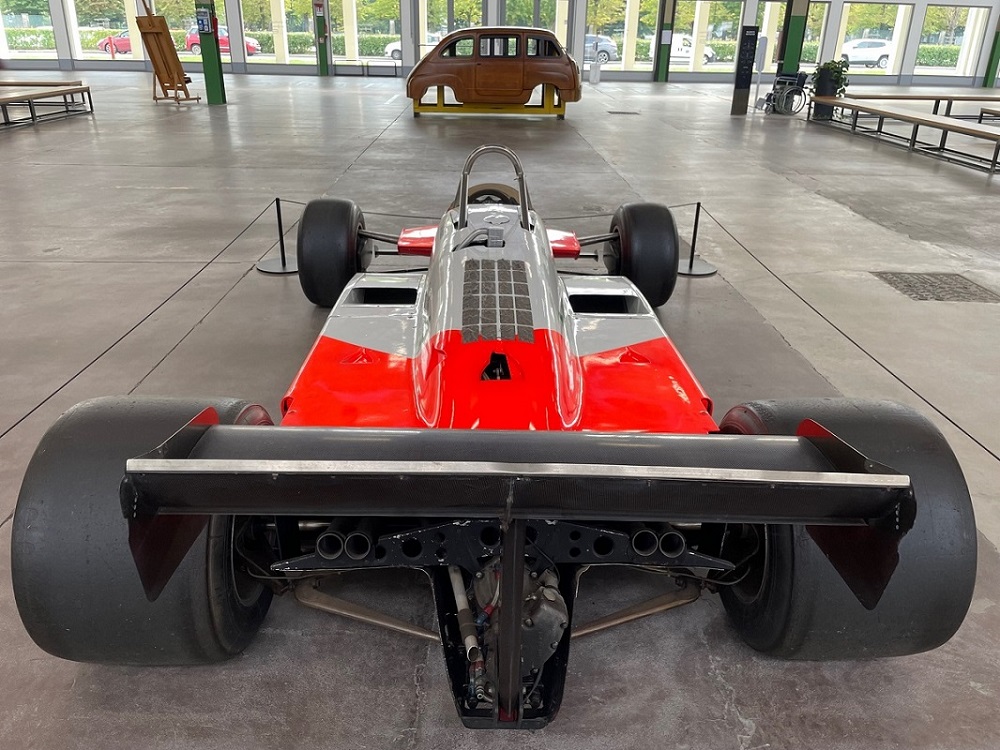 Electric cars are the fashion now, but Fiat was launching electric city car prototypes back in the 1970s and 80s; and you can see them all in the heritage collection. The Lancia ECV (experimental composite vehicle) could have been a successor to the Delta S4 in rallying but was mothballed after Group B was banned. Luckily, one was saved. If you want to get close to an original diminutive Fiat 600 police car – yes, they did exist – dwarfed by a Fiat fire engine, this is also the place.

Speaking of crime, back to the original question: which would you steal? For me, it would be a choice of two Lancias. Either the 037 rally car – complete with mesmerising Martini stripes – or the stunningly beautiful Stratos, perhaps the prettiest car that was ever made. Both come with the advantage of easily outrunning the pursuing Fiats that seem to represent the forces of law and order.

Alfa Romeo recently launched the new Giulia GTA, and to mark the occasion and the 110 years the company has been producing cars, Alfa Romeo have developed a series of modifications and customisations that can […]

A Tale Of Two Museums

On the face of it, there’s little that the small village of Gmund in Austria – nestling on a valley floor with a quaint old sawmill close to the ‘centre’ – has in common with […]

The 2021 Formula One World Championship season will see Alfa Romeo and Sauber Motorsport continue working together. The two companies have been working in Formula One since 2018, when Alfa Romeo joined the team as […]