On the face of it, there’s little that the small village of Gmund in Austria – nestling on a valley floor with a quaint old sawmill close to the ‘centre’ – has in common with the industrial megalopolis of Stuttgart in Germany. But those who know, know. Because both places are home to one of the most iconic makes in the automotive world.

History played a significant role in shaping the saga: ‘Ferry’ Porsche (the son of Ferdinand Porsche, the father of Volkswagen) built the first cars to bear the Porsche name in Gmund after World War II, following his father’s arrest by the allies. These were basic cars with hand-hammered aluminium bodies that would go on to find fame as the Porsche 356, built borrowing many elements from the Volkswagen Beetle. By 1950, the company was back in Stuttgart, with the first dedicated Porsche assembly plant there built in 1952: a building that still stands today. 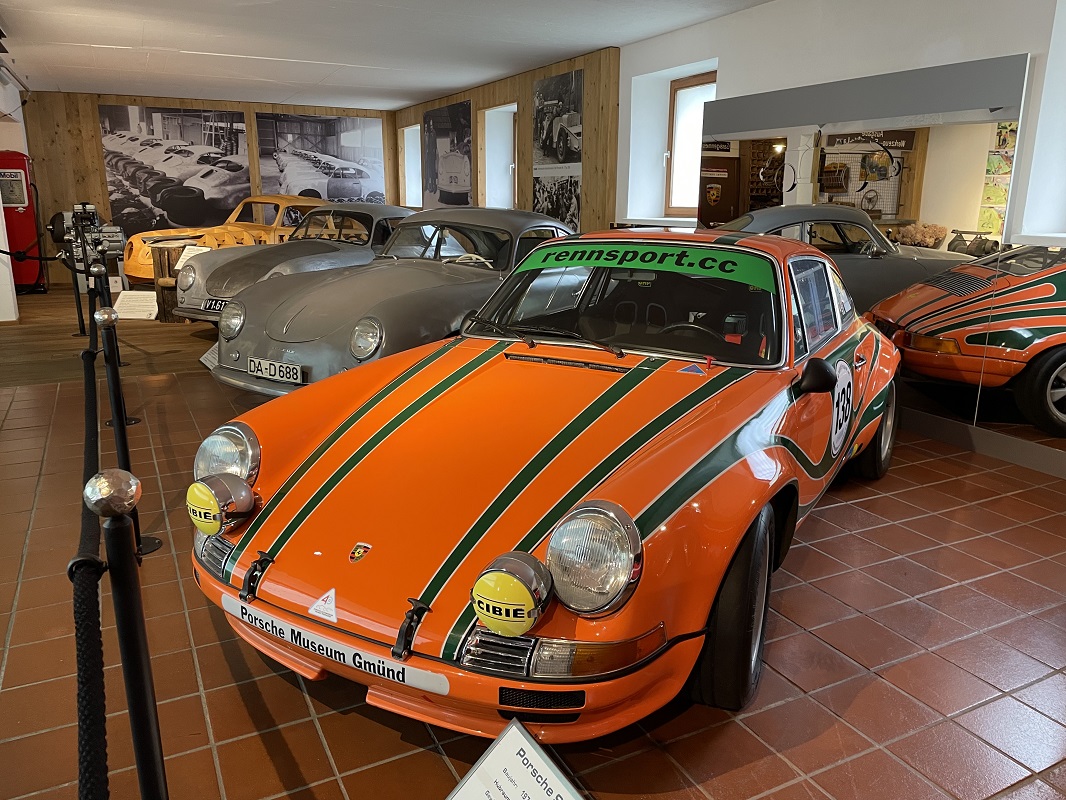 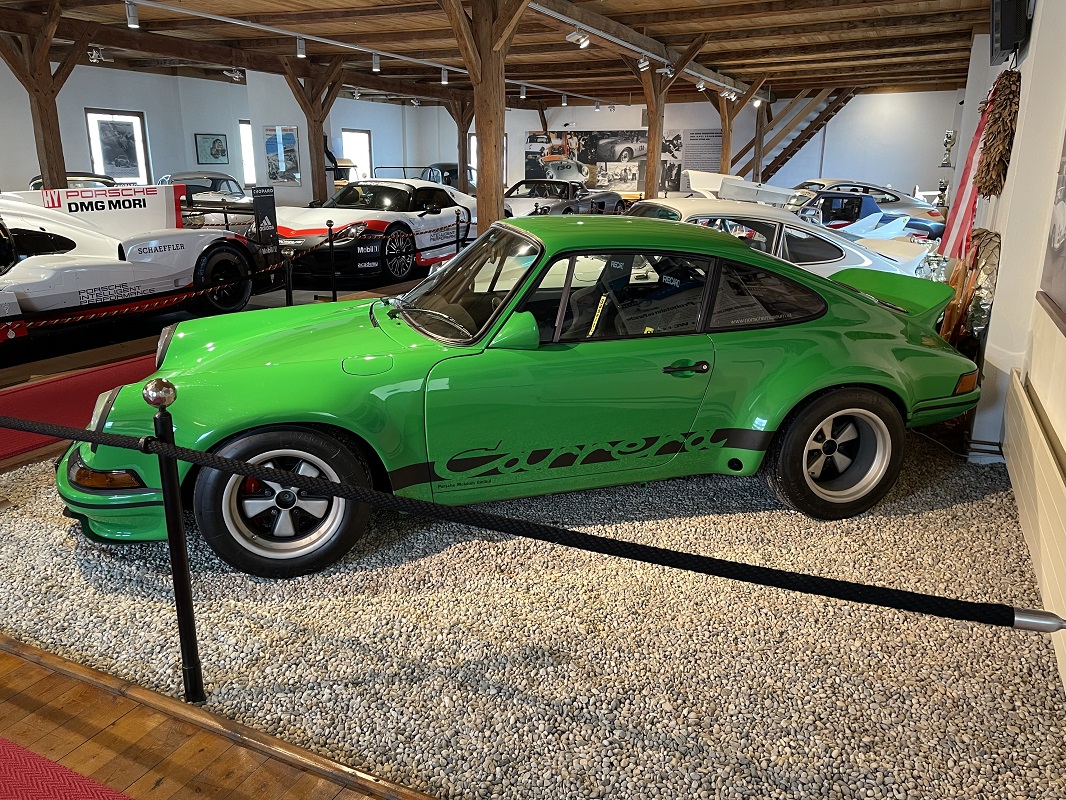 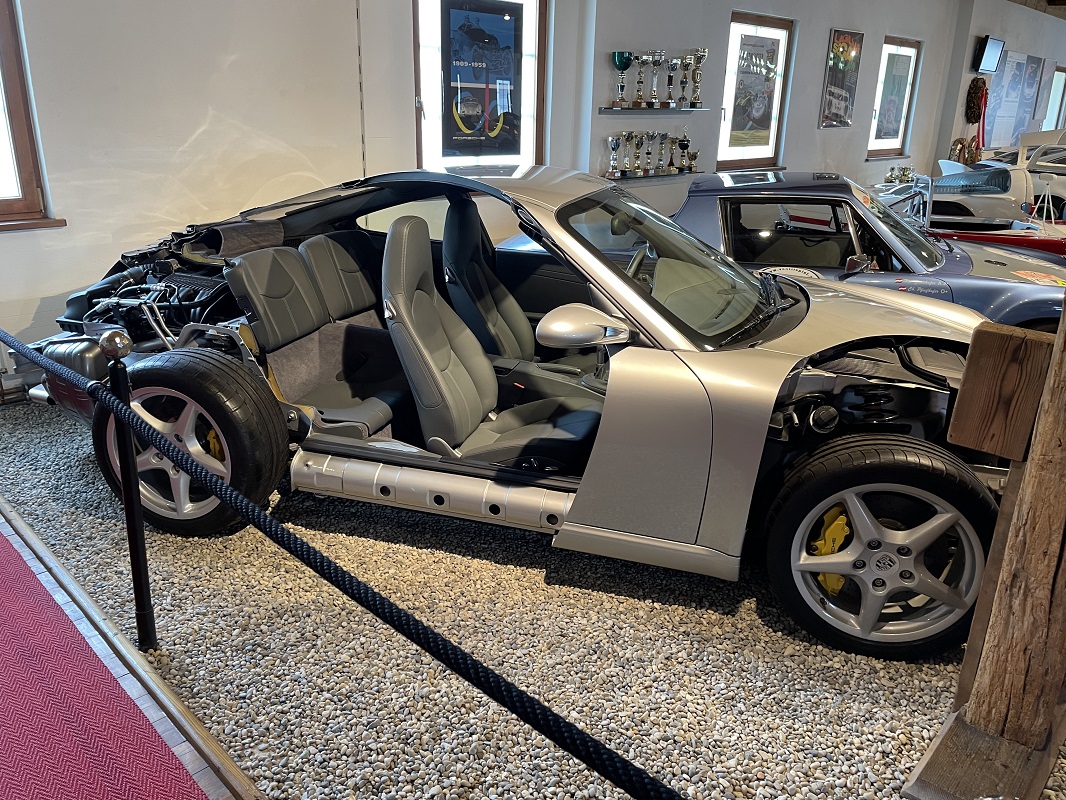 Since then, the Stuttgart suburb of Zuffenhausen has exploded to become Porscheville. Everything in the area lives and breathes Porsche. Even the B&B hotel I stayed in (a well-known chain throughout Germany and Europe) features wallpaper with a Porsche rev counter design. I half expected a pillow made out of a tyre. And outside I encountered a local man with a Labrador named Ferdinand.

In the middle of Zuffenhausen there’s a unique sculpture, with a variety of Porsche models mounted on poles, reaching for the sky like rockets. And dwarfing even that eye-catching structure is the modernist Porsche Museum: a stunning piece of contemporary architecture that dominates the appropriately-named Porscheplatz. 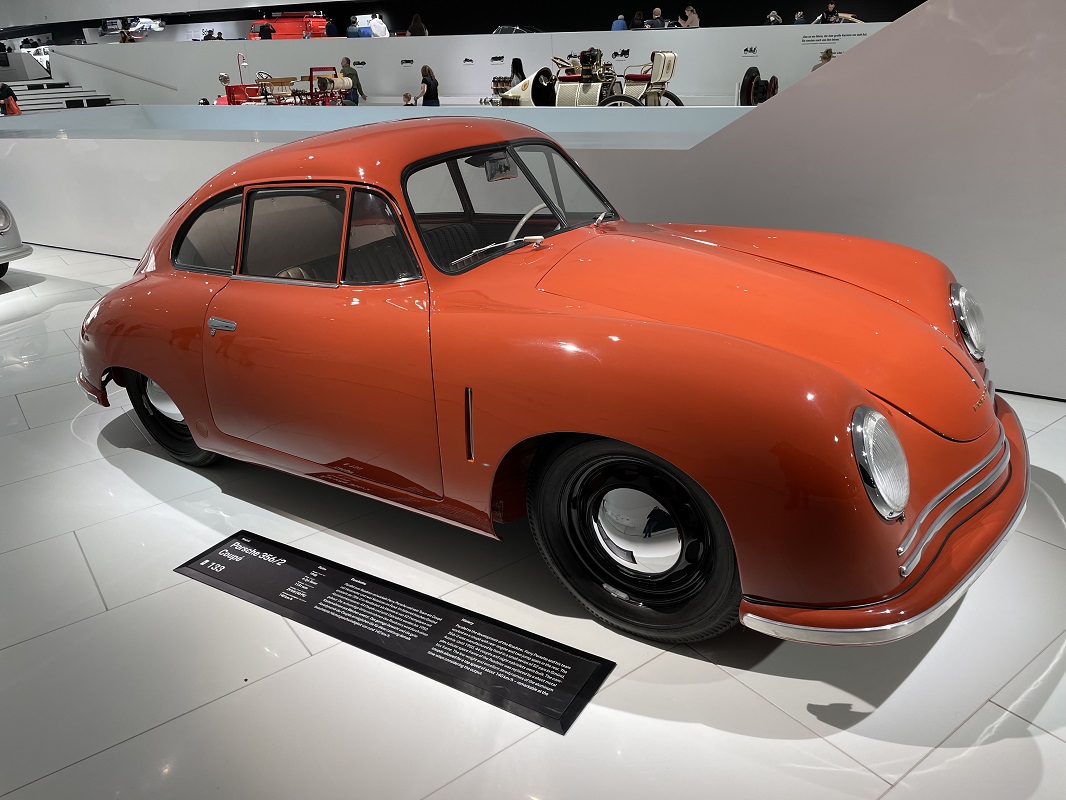 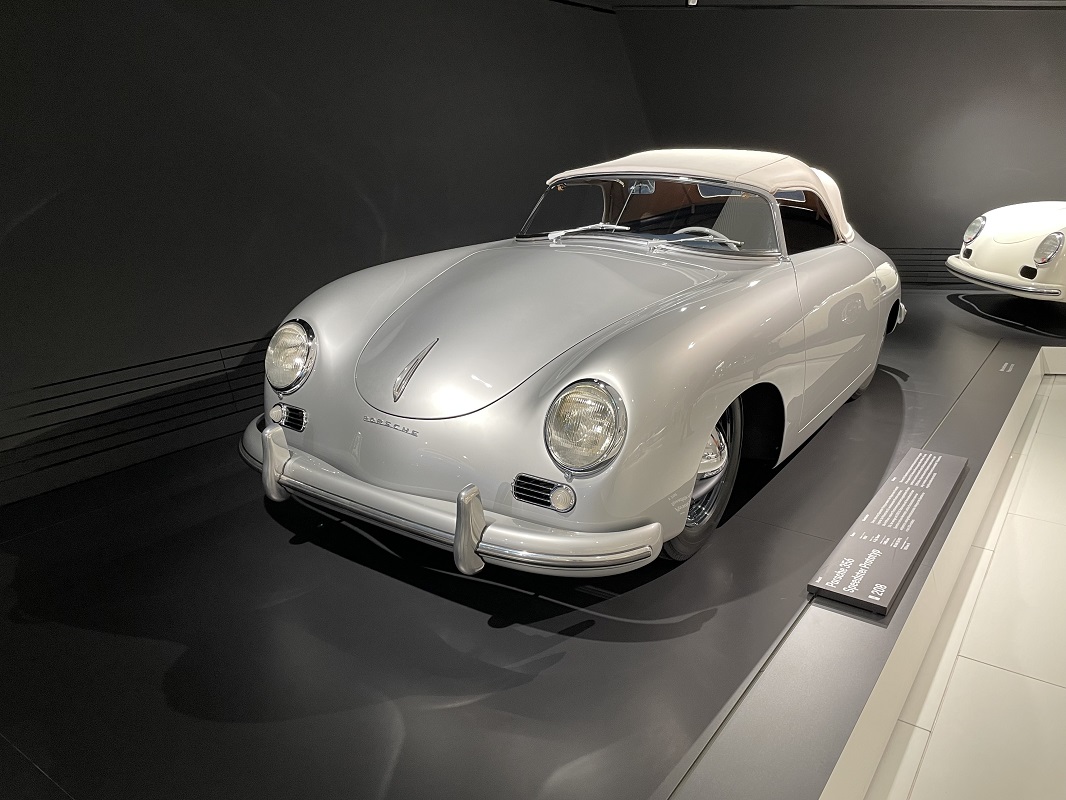 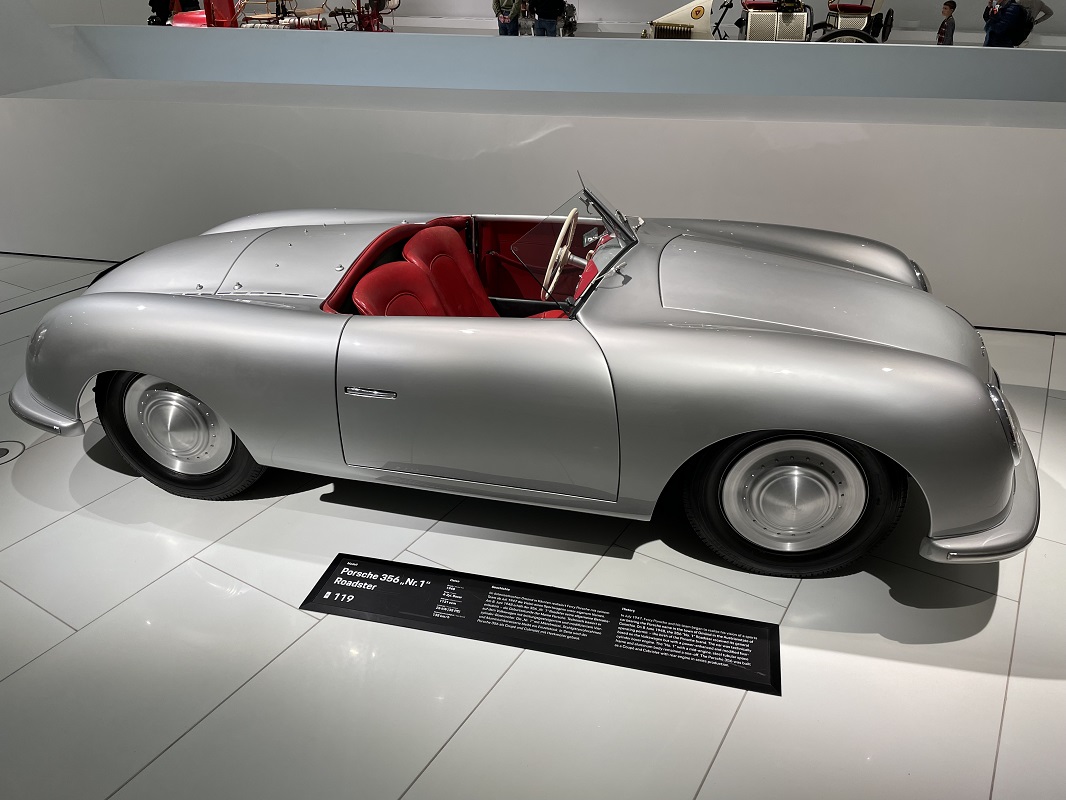 The day before, driving up to Stuttgart from Croatia in my very own Porsche Cayman, a sign had caught my eye, not so far from the German border: “Gmund”. This genuinely wasn’t planned, but planning has never been one of my strong points anyway. Was this actually the same Gmund where the Porsche car company was born? Diving down into the valley via a sinuous off ramp from the scenic motorway, I encountered a small, well-kept, reasonably unmemorable village. And in the middle of it, an old sawmill. This was the place.

Inside, there’s an eclectic selection of Porsche exhibits, ranging from early steering wheels to cross-sections of engines to complete cars. You might not expect to find a Le Mans-winning 919 in such bucolic surroundings, but there it is. And there are some cars from the main Porsche Museum in Stuttgart as well, which doesn’t have room to permanently display all the treasures housed in its archives. Although the museum in Gmund is privately-owned, it enjoys a close relationship with the factory, so the exhibits rotate relatively frequently, which keeps it interesting. There are many permanent residents though, that mostly reflect the early years. 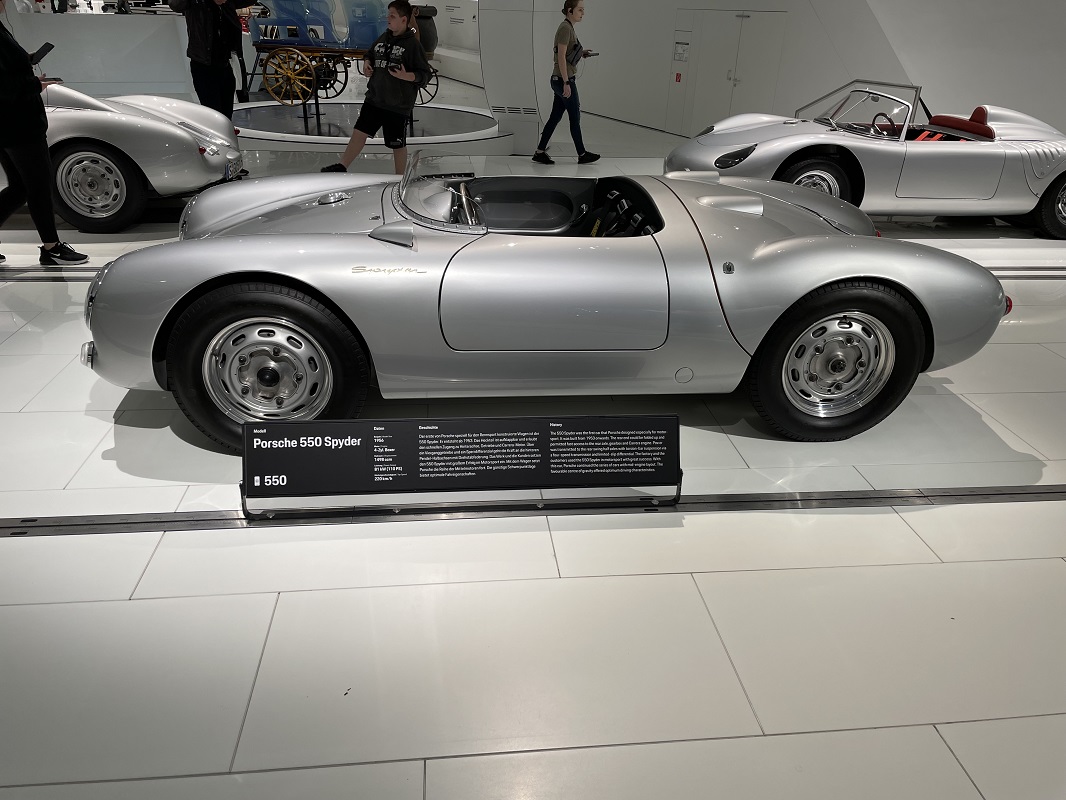 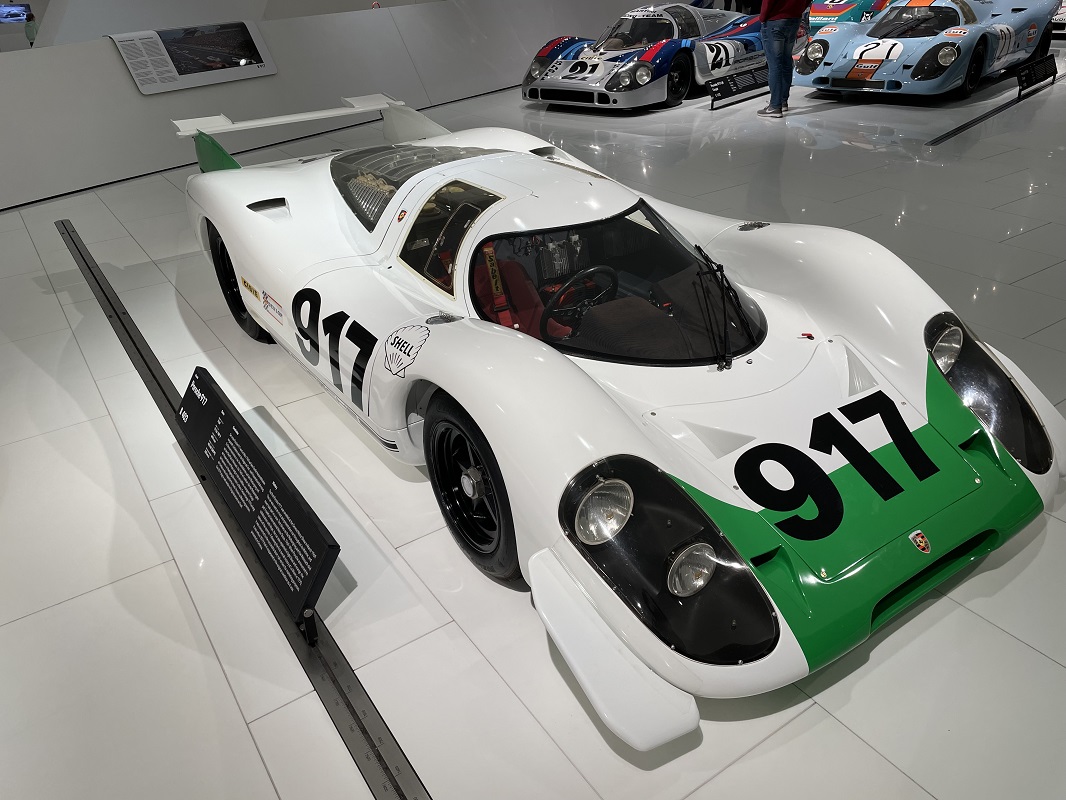 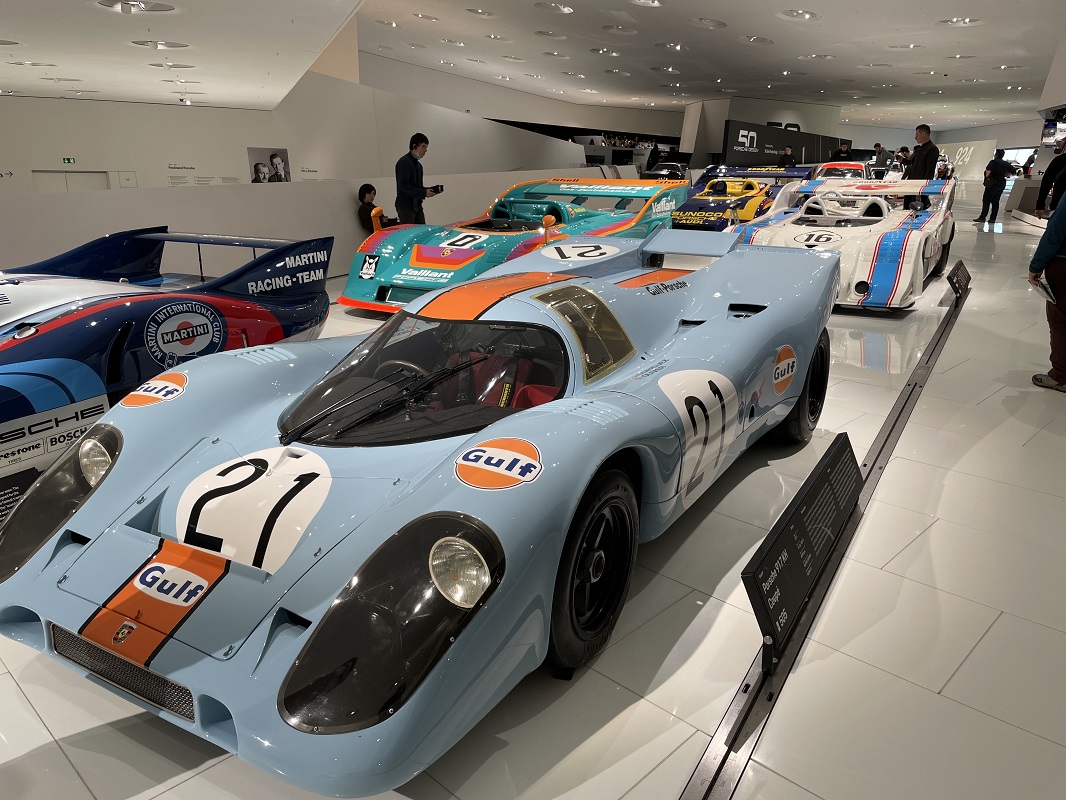 You’ll find all the wooden models that formed the basis of the original 356, as well as a bright orange tractor: like Lamborghini, Porsche also started off making agricultural equipment. There’s a recreation of what the Gmund workshop looked like originally, and even a four-wheel drive Volkswagen Beetle: just one of the numerous projects that the Porsche family created for the German military.

What’s wonderful about the Gmund Museum is that it looks and feels like a family-curated collection of esoteric memorabilia. The lady who let me in apologised for the delay: she had been out the back making coffee. And she even gave me a little book as a souvenir of my visit. It’s a complete contrast to the main Stuttgart Museum, which is something else entirely: all glass and chrome, forming a temple of corporate perfection. 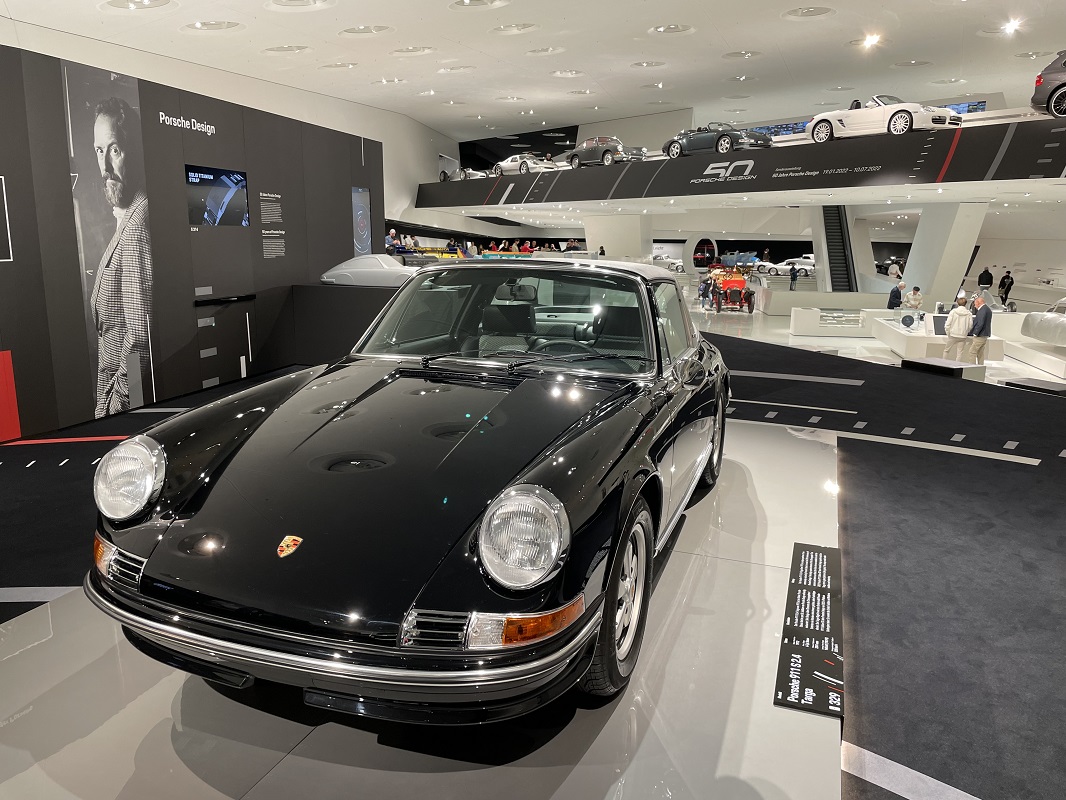 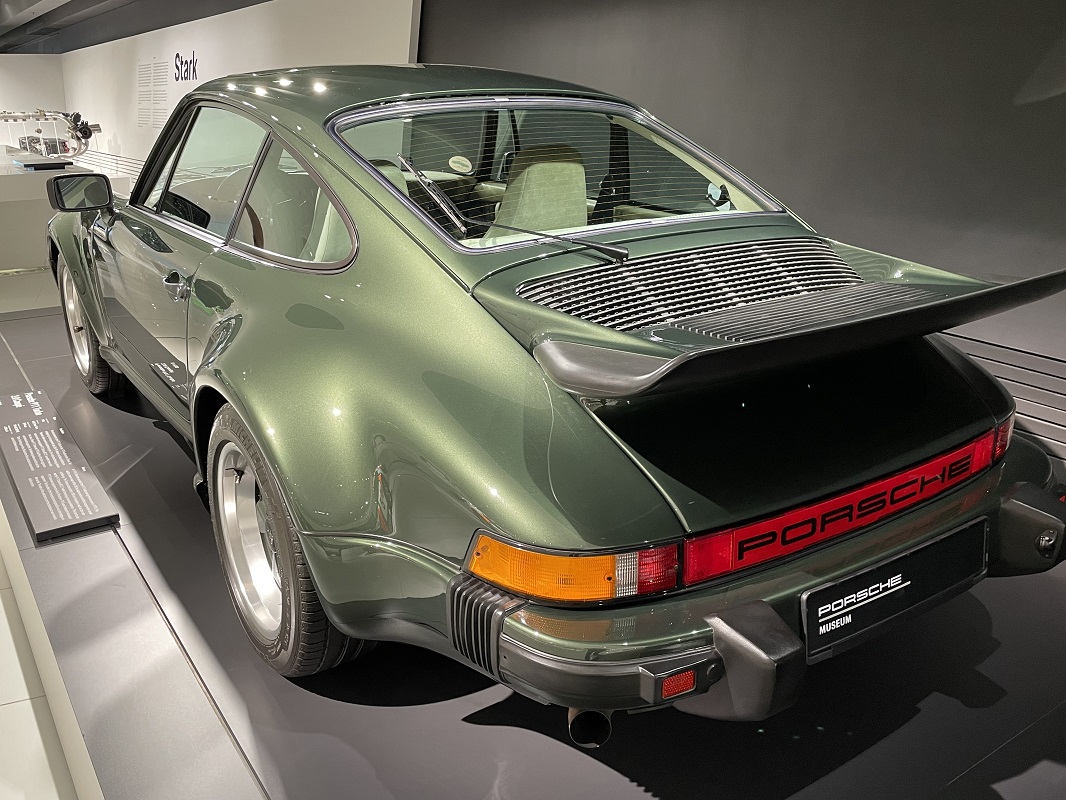 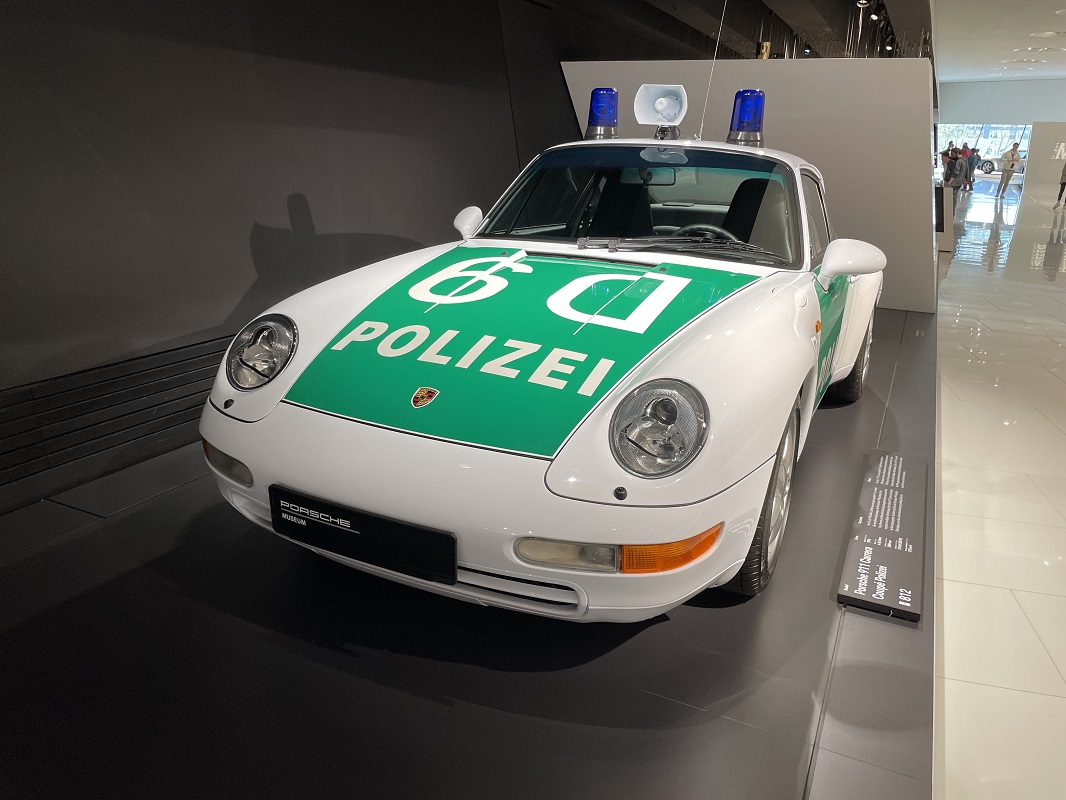 It comprehensively tells the story of Porsche from beginning to end – starting with the very first electric carriages created by Ferdinand Porsche at the turn of the last century – and manages to be just the right size: neither too big nor too small. There’s still enough to keep you occupied for an entire morning or afternoon. Or all day, if you’re a true devotee. Time simply flies looking at these incredible cars.

All the historical heavy hitters are there, including the very first Porsche 356 ever made, as well as the first 911s, and the prototype 959. If you’re into Porsches in any way, this is a true Aladdin’s cave – with a good number of racing and rally cars as well as the emblematic road cars (including a 993 police car) and the early Spyders, which James Dean made infamous.

There’s also an extensive museum shop, and I defy you to leave without purchasing something – items on sale range from T-shirts to espresso cups (I bought both). Opposite the museum is the largest Porsche dealer in Stuttgart, so there’s even the chance of leaving with the ultimate souvenir if your pockets are wide enough…

In terms of road trips, it doesn’t get better. Or maybe it does. Outside the Porsche Museum in Gmund I met a couple from Canada, who had just collected their brand new 718 Spyder from the factory in Stuttgart and were touring Austria en route to the Nürburgring, before taking the car to Leipzig and sending it on its long journey home by ship across the Atlantic Ocean. Now that’s what you call the best possible baptism of fire.

Celebrating a decade of racing Porches at Nordschleife, which started ten years ago with just one Porsche 997 GT3 R, tyre brand Falken is entering two latest generation 911 GT3 Rs in both the Nürburgring […]

Next month sees a brand-new event taking place at Prescott Hill Climb, which is the home of the Bugatti Owners’ Club and is one of the oldest hillclimbs in the world. Prescott is also regarded […]

UK-based specialist publisher Porter Press International marked its 15th anniversary last year, having published more books in 2020 than it has ever done before and thus enjoying its most successful year to date. Founder Philip […]